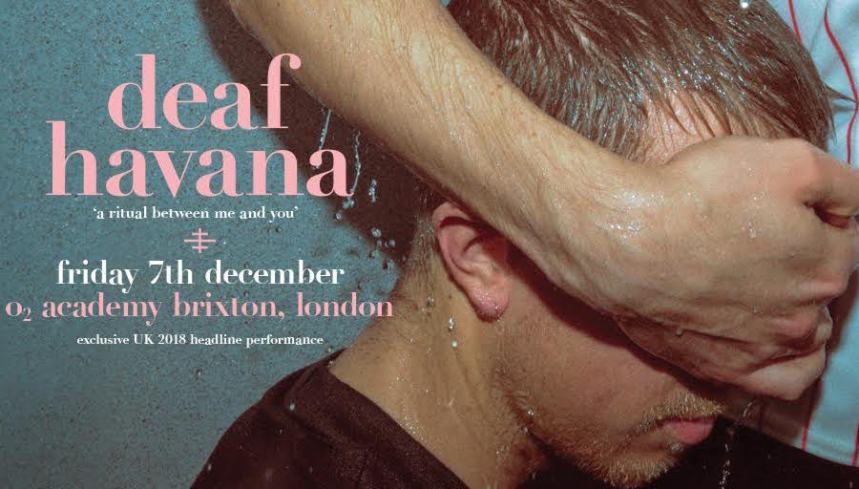 The British rockers are taking over O2 Academy Brixton in December.

The show will be Deaf Havana’s only UK headline show for the rest of 2018, and will follow their festival exclusive performance on the Radio 1 stage at Reading & Leeds festivals in August.

Deaf Havana are releasing their fifth studio album Rituals on 3 August. Laughingly, vocalist James says: “It feels quite self-indulgent. This is the first time I feel like I have made an album that is all for me, written purely for my own enjoyment. I understand that I might alienate some people who might not ‘get’ the album, but I am so fortunate that the band are behind me all the way. Everyone is super excited to get out on the road and play all these songs live.”

Veck-Gilodi is aware that, to tour Rituals, they’re gonna need a bigger kit. “We do already have keyboards, and my brother Matty and I can both play keyboards. But some of those weird drum sounds mean we do need invest in some more gear. I don’t want to just shove it on a computer.”

A recurring theme on the album is one of struggle and redemption. Feeling secure of his place in the world for the first time in his life, James’ lyrics cover the themes of disconnect, wrestling with the self and letting go of personal demons. The music is in turn introspective and joyous, with help from the London Contemporary Voices choir, who feature on five of the album tracks, including first single Sinner.

Deaf Havana performed with the choir at their only other UK show in 2018, when they played an intimate show at London’s Union Chapel for the War Child charity as part of the BRIT awards gigs. The band will be on tour across Europe throughout the summer, with additional festival appearances at Paris’ Rock En Seine, Madrid’s Mad Cool Festival, and Belgium’s Pukkelpop to name but a few. In November the band will play their first Central American show, as part of Mexico City’s Corona Capital Festival.