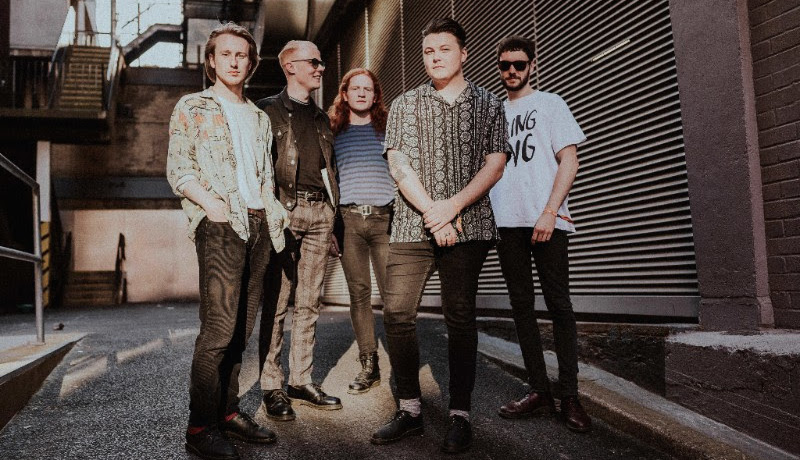 The band have also just announced Leeds and London headline shows for September.

Pink Magic is the latest single from rising band Fizzy Blood and the new video comes alongside the announcement of two UK headline shows for later this year.

“We were really taken back by the reaction to Pink Magic, it’s a step in a different direction for us and to see and hear people loving it is great, we hope people enjoy the video just as much. The idea for it was to make something that was more aesthetically pleasing and let the music do the talking rather than relying on our rather usual assault the senses. We filmed it with the guys from Fresh Cut Creative who were an absolute pleasure to work and enabled all of our stupid ideas” says drummer Jake Greenway.

About the live dates he continues: “We’re chuffed to announce two more headline shows for y’all. Leeds was a complete sell out last time and London was very close despite the all encompassing snow and it’s safe to say these were some of our favourite shows ever. We can’t wait to get back out there and play you music. These are the last two shows we’ll be playing for a long while before we go into hiding and collect all our ducks and put them neatly in a row, so make sure you come down or we’ll miss you loads.”

“Pink Magic is our third EP, and what we believe to be the most accurate representation of who we are as a band and where we want to take our music moving forward. We’re happy to present the EPs as a trilogy but I wouldn’t kid anyone and say this was the plan from the start. These three offerings will have to tide you over till we’re finished with what comes next…” guitarist Paul Howells explains.

Live is home for Fizzy Blood. Drummer Jake Greenway and bassist Ciaran Scanlon are a powerhouse, even down to their facial expressions, effortlessly switching from a full throttled, ear shattering sonic backbone to an infectious, groove-ridden pulse. Vocalist Benji Inkley oozes charm with his Josh Homme-inspired croons, and his counterparts Tim Malkin (keys & guitars) and Paul Howells (guitars) showcase incredible attention to detail in their blistering musicianship. This is just a glimpse into the many reasons why Fizzy Blood have catapulted to the forefront of British DIY rock. Last year saw tours alongside While She Sleeps, Dinosaur Pile-Up, Arcane Roots, Spring King, alongside Download, 2000 Trees and Reading & Leeds festivals.

2018 has been an equally busy year for Fizzy Blood so far, kickstarting with a UK tour supporting Spring King in January, followed by a debut headline tour in February – which included a sold out show in Leeds. Other recent live highlights include Live At Leeds, Hit The North and The Great Escape festivals.