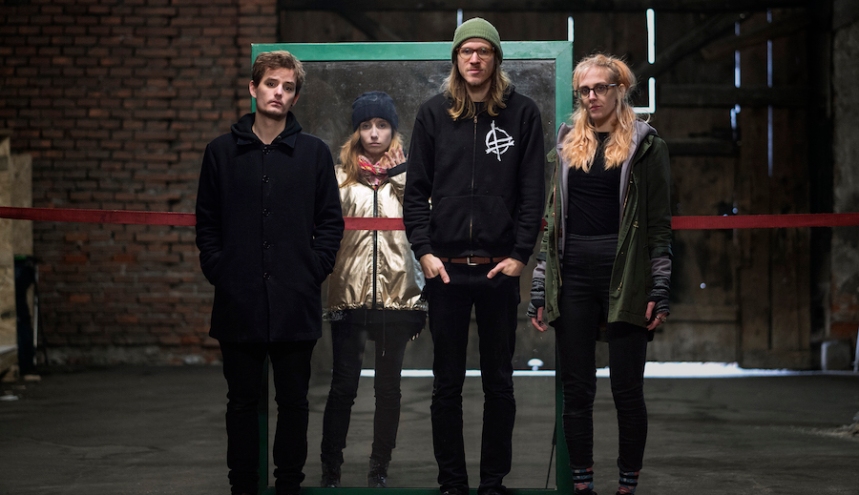 Including dates in London and Bristol as well as a set at Reading and Leeds festival.

Petrol Girls have announced an extensive run of shows across Europe, kicking off in September. The 17-date tour includes an appearance at Loud Women Fest in London on 15 September and a headline show at Mother’s Ruin in Bristol on 14 September.

The feminist post-hardcore troupe will also be releasing a new EP on 14 September, titled The Future Is Dark. The three track release will come out via Hassle Records and features the previously released Survivor, which is an affecting composition that stands in solidarity with survivors of sexual violence.

The EP title came from reading Woolf’s Darkness by Rebecca Solnit. She writes about accepting uncertainty and not fearing the dark or the unknown because actually we don’t know what will happen next. She describes despair and optimism both as forms of certainty that create grounds for not acting, whereas hope pushes us to act and make change in whatever ways we can.

Vocalist Ren Aldridge elaborates “We wrote the EP right in the middle of the political shit storm that was 2017, and Rebecca Solnit’s writing definitely helped me to not become totally overwhelmed! It really helped me to zoom out and to see each political battle as part of a bigger movement with a history of slowly pushing things in a better direction. It makes me feel tiny but part of something huge, like when its dark but you look up and there’s loads of stars.”