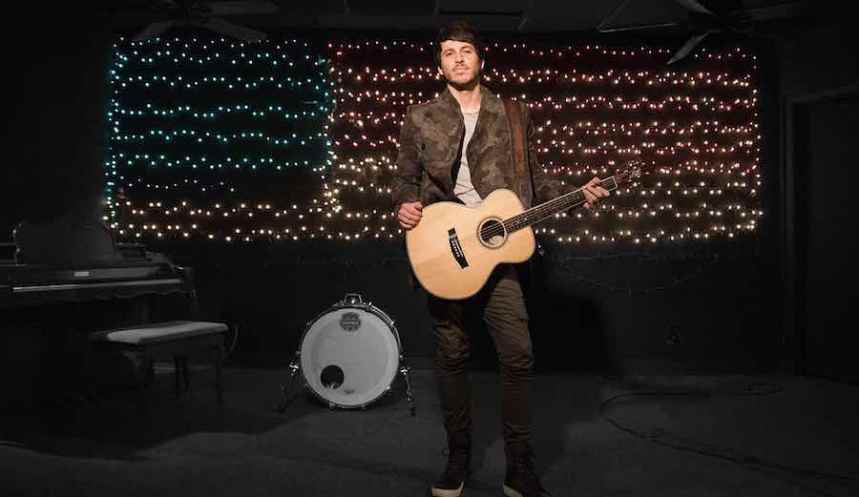 The Aussie country singer is pulling at our heartstrings with his new single American.

The new track is an ode to an American girl that makes the U.S. feel like home and we can all guess who that girl is – country-pop singer and wife Kelsea Ballerini. The two self-shot the video to his previously released single Day Drunk while the couple were on holiday in Hawaii.

The video for American features footage captured from his recent 10 in 10 US tour, and will give you all the red, white and blue feels.

Signed to Warner Music/Warners Nashville, Morgan is an Australian singer/songwriter now living in Nashville and making his mark on the country music scene. He has received a plethora of awards and honours already for his excellent songwriting abilities and his debut U.S. single Kiss Somebody has reached Top 5 at Country radio and went into the Top 10 on the iTunes all-genre Top Songs chart following his recent high-profile performance on ABC’s hit romance reality series The Bachelorette.

Morgan has been constantly touring across Australia and US, using his guitar and signature loop pedal line up and has recently completed the 10 in 10 tour which saw him perform for fans in ten American cities in ten days and sold out headline shows in Los Angeles, Atlanta and New York City. Also emerging on the UK scene, Morgan came back earlier this year to perform at London and Glasgow’s C2C festival and will be returning very soon following the announcement of his debut album, due out this Autumn.

It would be great if you get chance to check out Morgan Evans and would consider sharing the new video for ‘American’. Country music is rapidly growing in popularity in the UK and he is destined for stardom, with a huge, loyal following behind him. You will be hearing much more from Morgan moving forward and there will be more details about the upcoming album coming very soon.