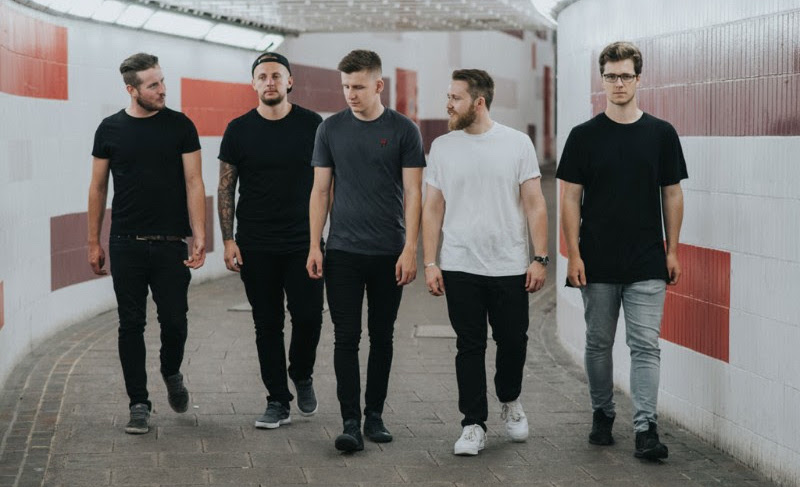 Your Colours marks a huge milestone for the band and delivers their strongest work to date. Having been written and recorded during a time of sadness and life changes, Your Colours captivates a positive outlook on life and the impact we all have on each other.

Originally four school-mates just enjoying playing covers, they quickly became a quintet and started writing their own material. With two EP’s under their belt, the debut Crafted saw the band formulating who they were as a band and in 2016 the huge Consequences EP took the band from small-town heroes to a wider audience.

With a sense of optimism that may not be at the forefront of our daily existence, Delayed Departure have encapsulated seeing beyond the hard times. Vocalist Mike details the inspiration for the new EP: “Your Colours for me is as a result of personal tragedies and heartache but the way it’s conveyed is in a more inquisitive and observational manner rather than depressive and morbid.

It attempts to outline problems that are certainly apparent in today’s society, drug abuse in young teenagers, relationships built on physical attraction rather than emotional connection and the ultimate question of what our individual fates are and what our purpose on this planet is. However, it also shows that life can present beautiful experiences and happiness as conveyed in the song Neon Lights.”

Neon Lights is also the track that kicks off Your Colours. It will immediately have you hooked, Mike Harland’s pleading vocals are bound to eventually tug at your heartstrings and draw you in.

Launching straight into Who You Are, the pace doesn’t stop. The track’s raw edges are exactly what makes it so intriguing. Followed by the moody Breathe It In, Delayed Departure ramp up the intensity with heavy guitar riffs and drums that’ll go under your skin.

The EP’s title track is by far their most ambitious and showcases their songwriting skills. It’s got the huge guitars, killer vocals and incredible lyrics. Too Close get the energy levels rising one last time and leaving you with a wonderful sense of overwhelmed-ness that’ll make you hit repeat instantly.

Your Colours Delayed Departure have released another milestone in their career and the EP will be sure to turn a few heads.