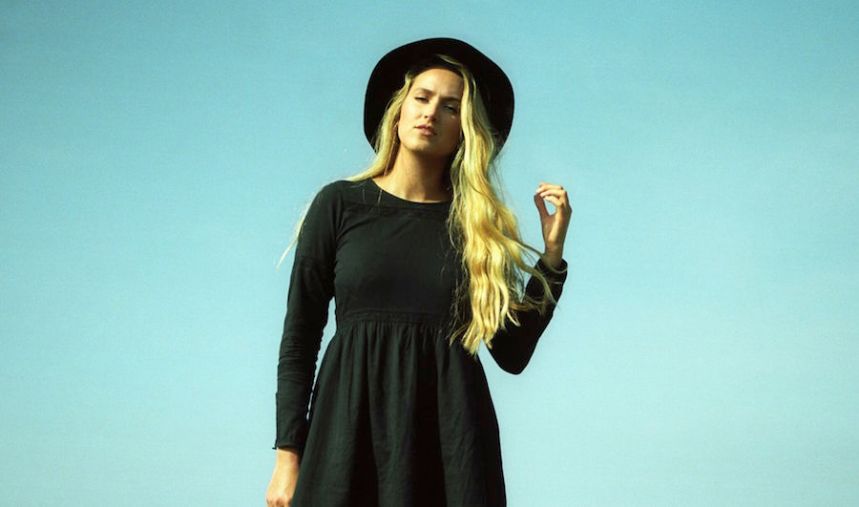 The UK country singer is has just released her debut record Wherever I Go.

In 2015 Davies released her debut EP Dancing All Night out of which came 3 singles, critical praise and national airplay. In 2017 she began work on her debut album, recording with renowned Nashville musicians in the home of Country, and back in the UK with her all-female band. Davies has visited Nashville on many occasions to write and perform, once notably with BBC Radio 2’s Bob Harris as one of just 3 UK artists selected to represent BBC Introducing in Nashville at the Americana Music Festival. She continues to enjoy support from Bob and his team on his radio shows and festival stages. In 2016, Davies was invited back to Nashville to perform at an international showcase at one of the world’s biggest Country festivals, CMA Fest.

2018 marks an important step in her story, the release of Wherever I Go, Davies’ debut album on 2 of November, something fans have been waiting to hear for a long time. Its variety of influences are tied together by Davies’ evocative vocals and addictive melodies that transport listeners through both painful and joyful moments in her life.

We had a chat to Frankie all about her new record and life on the road.

How did you get into music in the first place?
My love of music has been there from an early age as I was always singing and prancing around and making my family watch shows my sister and I would put on. I started to learn the guitar at 12 years old so I could accompany myself singing, from then I started writing my own songs and there was no going back, it’s all I wanted to do.

You’ve just released your newest single High On Love – tell us about the story behind it!
I wrote High On Love when I was in a very imaginative mood. I had the title rolling around my mind for a while and I initially wanted it to be a normal relatable story of unrequited love but as many of my songs do, it turned a different corner when I started writing it, and became the extreme version of what I had intended. The story became one of an optimist, conjuring up a connection that wasn’t there in the first place, misreading gestures of kindness for ones of affection. I wanted to highlight that it’s so easy to run away with our ideas of love and being high on that ideal blurs the line of what is real.

Your debut album is out now! How excited are you about it?
I am incredibly excited, nervous, anxious and everything in between. It’s hard to know if people are going to like what you’ve been working on solely for 4 years, so that’s the nerve-wracking part. I’m super proud of this album and I’m glad it’s taken 4 years because it’s exactly how I wanted it to be.

What can fans expect from it?
They can expect to be taken on an emotional, fun and honest ride. This album is who I am and through it you’ll be taken through my own journey, through music, love, family and friendship. country music is the essence of this album, mixed with pop, rock and stripping it right back to how I perform, as a singer-songwriter.

Where do you find your inspirations for the songs you write?
My songs come from real life, they are almost like a diary of my thoughts and feelings. From living away from my family to how uncertain my life can be pursuing this music dream. In every little moment there is a story to tell.

Are there any particular tracks you can’t wait for your fans to hear?
I can’t wait for Front Row Seat to be heard. It is a song explicitly about my life and beginnings as a performer and artist, it’s a song so close to my heart and I hope listeners get more of an insight into who I am from it.

Parts of it were written in Nashville and parts in the UK – do you feel the two are growing closer as country music sees a rise in the UK?
Most definitely, I’m excited to see what the future brings for Country music in the UK. Country artists from across the pond are definitely taking notice of how attentive our UK audiences are as more and more of them are touring here, making the connection between the UK and Nashville so much stronger.

What do you love most about being in Nashville?
I love that everyone you meet has a passion for music, music is everywhere you go in Nashville. As a musician and a songwriter you have common ground with pretty much everyone you meet and I don’t think that happens anywhere else in the world.

When you do travel abroad or go on tour – what’s the one thing you need to have with you?
I always take herbal teas with me, I find it hard to switch off and they help me relax and go to sleep. Possibly the most boring answer to a question ever! (Note: We disagree, herbal teas are life <3)

Since the release of your debut EP you’ve experienced a lot! Were there any outstanding moments that made you want to pinch yourself?
Playing at O2 Shepherds Bush has always been a goal of mine and 3 years ago I got to open for Chris Young on his European tour and that meant playing there. To 2000 people at O2 Shepherds Bush Empire. It was the biggest audience I’d played to and I was so nervous but it was such an incredible moment that I will not ever forget it.

Things that keep me going: the wisdom and witt of @wewearblackpod 🖤🖤🖤🖤
“Life is about love, last minutes and lost evenings, about fire in our bellies and about furtive little feelings, and the aching amplitude that sends our needles all aflickering and helps us with remembering that the only thing that's left to do is live." #throwback to @frankturner’s first @losteveningsfest at @roundhouseldn in 2017 ♥️ So many good times were had 🥺
#throwback to three years ago as our favorite Canadians @arkellsmusic played @powerhauscamden (aka Dingwalls) 🧡 We miss you guys, please come back to the UK/Europe soon when it’s safe 🙌🏻 We’re in need of a serious Arkells party 🎉
Things are on track for a return of live music this summer and we for one cannot wait to bring you lots of reviews and snaps again 🙌🏻 here’s a throwback to @thedirtynil at @dometufnellpark 🖤
😭😭😭😭 gigs 🥺🥺🥺🥺
This ol’ goodie 🖤 @arcticmonkeys at @royalalberthall in 2018
Loading Comments...
Comment
×
%d bloggers like this: