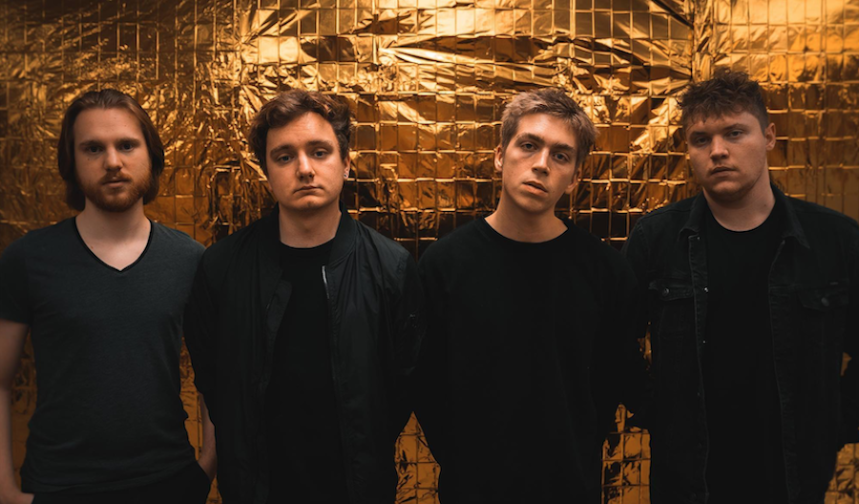 Their EU/UK tour with The Deadnotes kicks off in March.

Kid Dad will soon embark on a tour of the UK & Europe and have released a new single in anticipation of the dates. Naked Creatures is a deliciously curious collision of delicate indie and impactful post-grunge.

Guitarist and vocalist Marius Vieth says of Naked Creatures “I wrote this song two years ago while I was spending some very calm and therapeutic time in Switzerland. I cut myself off from the world around me and cocooned myself in my great uncle’s organ room. The song plays on two extremes – introvertism and etxtrovertism – we have always combined these two elements, but never to this extent.”

Kid Dad’s unique sound has led to the band sharing stages with the likes of Taking Back Sunday, Marmozets and Fatherson. With their inimitable approach incorporating the raw and experimental, soaring riffs and hooky melodies, the band, whose line-up is completed by bassist Max Zdunek, drummer Michael Reihle and lead-guitarist Martin Gundt, manage to balance soundscapes that draw on multiple genre influences to create music that is ultimately entirely distinctive.

Is it summer yet? We really want to go to some gigs and festivals 🥺 This #throwback to @theamazons at @trnsmtfest hit us right in the feels 🖤
Happy birthday #chesterbennington 💔 We miss you every day and nothing will ever be the same.
One year ago: Last gig before Covid hit - @themenzingers at @o2forumktown 🖤
#throwback to a year ago - the second to last show we’ve seen before the world went tits up ♥️ the incredibly fun @bfs_official at @o2academybrix with support from @noturgirlfrenz and @simpleplan
I feel attacked 👀 Happy Valentine’s Day y’all ♥️
Roses are red, violets are blue, @downloadfest, I really miss you 🖤
Loading Comments...
Comment
×
%d bloggers like this: