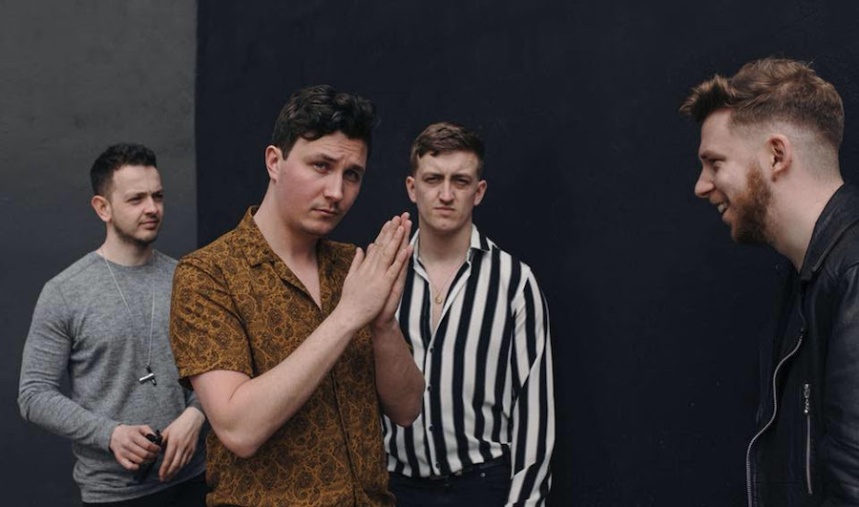 At The Door Knocking is taken from the band’s forthcoming album.

Having just come off their biggest headline tour to date, selling out venues across the country in the process, and wracking up over two million steams across all platforms, Only Shadows are back with their brilliant new single At the Door Knocking the first taken from their forthcoming debut album.

The album was made possible after the band received the prestigious Momentum grant from PRS (also sponsored by Spotify), previously awarded to the likes of Jaws, Ghost Poet & Yonaka. Produced by Twin Atlantic & Fatherson mastermind Bruce Rintoul, the album promises to be one of the most exciting debut guitar records this year.

“The song is a personification of the issues with anxiety we had when we were making big decisions with labels and stuff behind the scenes. It was a period when we had a decision to make, either write a debut album that we want to make and hope other people believe in it– or release one that other people wanted us to make” Explains Moffitt, bass player and one half of the song writing duo in the band.

“That’s where the lyrics ‘oh no, I’m at the door knocking, oh no, can you hear it coming?’ originally came from. It was that horrible sense that we were going to end as a band if we didn’t do what other people wanted us to do. We spoke to a lot of different people in the industry all advising us to do different things with them and eventually we just said, ‘fuck it, we’re doing what we want’. For us, the song means a lot and we think this is probably the most open song we have released in the sense of our own mental health. Nowadays on social media especially with bands everything is so positive and upbeat. Every band is having the best year they have ever had, and the best shows they have ever had. We are guilty of it, but this is the most honest we have ever been”

The Midlands quartet are back out on the road in 2019 taking in a bigger run of headline dates as well as festival appearances on the horizon. 2019 is set to be a big year for the band, with At the Door Knocking a massive sounding indication of what’s in store. You can expect a few more singles between now and the summer ahead of the release, keep your eyes peeled out for a big year from Only Shadows.