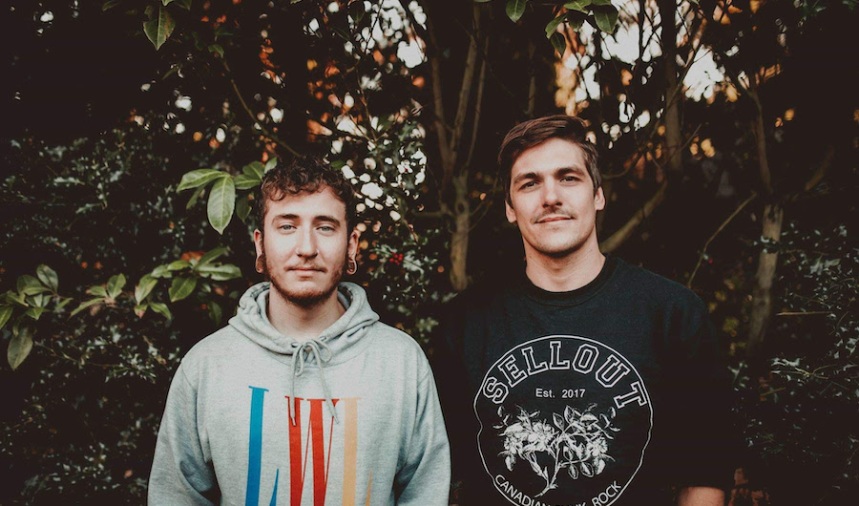 The track is taken from the band’s upcoming debut record.

Youth Fountain have shared a new video for Ache fresh off of the band’s highly anticipated debut full-length album, Letters To Our Former Selves, out on 8 March 2019 via Pure Noise Records.

Speak on the new video guitarist Tyler Zanon says: “Our track Ache being the most barebones, stripped down songs on the album acts as an interlude/half way point on the record. We decided to go out with an old DV camcorder and film some mundane, significant spots where we’re from – seemed to just vibe well with the overall tone of the single.”

He continues: “The topics we wrote about on Ache tend to sum up what the whole record is about – the ongoing struggle with mental illness for most of my adolescent life, finding a sense of relief through writing music & lyrics about those inner issues and attempting to burry those parts of who I’ve been.”

Youth Fountain is a two piece Emo / Pop Punk band based in Vancouver B.C. Canada ­ featuring members Cody Muraro (Vocals) & Tyler Zanon (Guitar/Vocals). The band has been around since early 2013, starting out as a solo act/musical outlet created by founding member Zanon. After a few years of having potential song ideas and demos tracked, he recruited Muraro to guest on the debut song Grinding Teeth. The chemistry worked out in a positive manor, so the two decided to undergo the project together moving forward.

Since the official release of the two track EP Grinding Teeth back in May 2017, both members have continued writing, recording & producing new music in anticipation of the release of their full length debut album ­ along side playing a handful of shows across western Canada. The band released their self-titled Pure Noise Records debut EP in July 2018 and hit the road the following fall, touring the full US and cross Canada in support of the record.