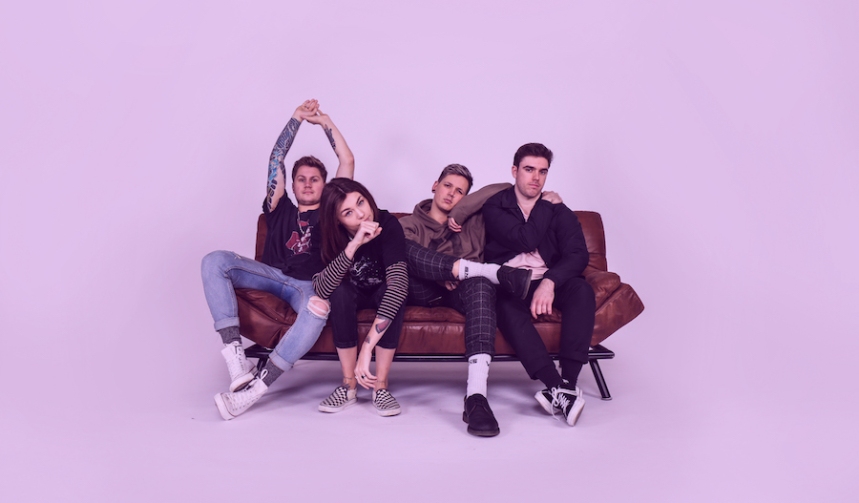 Take Your Jacket is taken off the band’s forthcoming EP Are You Feeling Alive?.

Emo power-pop band Hot Milk have announced their debut EP Are You Feeling Alive? The self-released EP is due out 3 May.

Hot Milk premiered a brand new track Take Your Jacket with the Radio 1 Rock show last night. “We are super stoked to share with you our second single Take Your Jacket.” says Hot Milk. “This is the first song we ever wrote together so for us is very special, but now we give it to you. Remember, you can tell someone to GTFO your life but with a smile.”

The single is the second one to be taken from the debut EP. The band previously released single Awful Ever After, as well as supporting You Me At Six in Europe and supporting Enter Shikari at their Brits Week War Child Show in London. They have also announced a series of Summer festivals and supporting shows with Deaf Havana, Papa Roach and legends, the Foo Fighters.