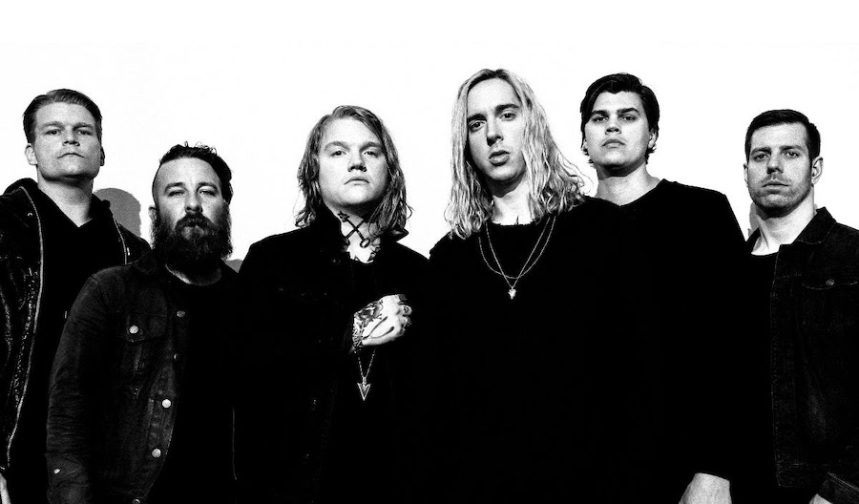 The band have also announced a one-off London show in June.

Grammy-nominated six-piece Underoarth have dropped the video for Bloodlust, taken from their latest album Erase Me, out now on Fearless Records.

“For Bloodlust, which picks up where ‘ihateit’ left off, [singer] Spencer [Chamberlain] and I were chained to a pole for three hours with a stranger, who was the actress,” said drummer Aaron Gillespie. “Making this video was a really interesting process, because the song deals with a lot of deep issues and struggles. But it was so late when we were filming that we were just hysterical. The video seems so serious due to the lyrical content, but it was a night.”

In addition to their previously announced Main Stage appearance at Download Festival in June, Underoath have today announced a one-off UK headline show in London on 5 June at the Electric Ballroom. Tickets go on sale at 9am Friday here.