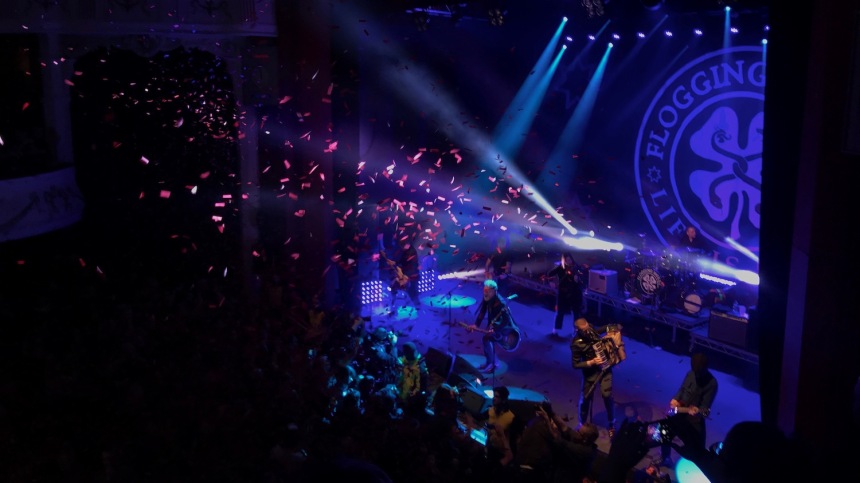 Sounds like a lot of fire? Well, that’s because there was – a line-up made of punk rock dreams lit O2 Shepherd’s Bush Empire up. With support from Face To Face, The Bronx and more, Flogging Molly brought their Celtic punk fun to London’s capital and provided a feel-good show for everyone.

Face To Face kicked things off on the evening (for us, we sadly missed Lost In Stereo, They’re amazing and you should check them out though!). From then on it was relentless energy from one act to the next until last confetti strip had touched the grounds in West London. Whether it’s Face To Face “coercing” everyone into a singalong or The Bronx taking crowd participation to a whole new level – Fireball is always the most fun you can have at a punk show.

Turning up the heat, The Bronx can always be trusted to deliver a killer of a show with their old school New York punk and vocalist Matt Caughthran calling on the audience to sign along. Or as he puts it “I wanna hear you scream your fucking guts out, London!”

Things got even more intense as Matt decided to join the crowd in the mosh pit for Knifeman, declaring “Let me see some old school London chaos!”. The track is taken off their self-titled 2008 record and has proven to be a fan favorite over the years. 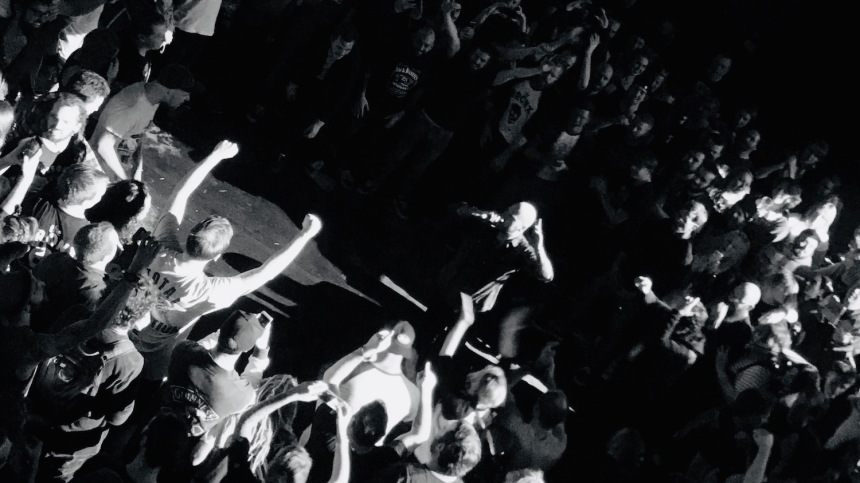 As Celtic punks Flogging Molly take to the stage, the room is lit up in the colors of the Irish flag and the band’s track There’s Nothing Left (Pt. 1) playing from the speakers. The crowd were hanging on the band’s every note, singing along to as many songs as they could muster and having the best time of their lives.

But that’s exactly what Flogging Molly are known for. We love their Irish-inspired punk music along with stories of their career, lessons about life and everthing being about having a good time for the next hour and a half.

Flogging Molly are not only great at story-telling in their songs, but also sharing tales and saluting loved ones between songs. Whether they are paying tribute to moms or friends who passed, or reveal memories from living in London way back when – Flogging Molly always have our hearts tightly in their hands as they take the stage.

With tracks like Devil’s Dance Floor, Drunken Lullabies and Black Friday Rule the band sure know how to make their fans happy. The fiddles, the accordion, the feel, there isn’t a thing we’d change about this set and we can highly recommend seeing Flogging Molly live if you ever have the chance.

The band sent us off into the night with If I Ever Leave This World Alive a beautiful song about death and all the things we’d like to be able to do when we die and reminding us to do those things while we’re alive. “Now everything should be all right, yeah, should be alright” are the last lines that ech off the speakers at O2 Shepherd’s Bush Empire that night and how fitting they are.