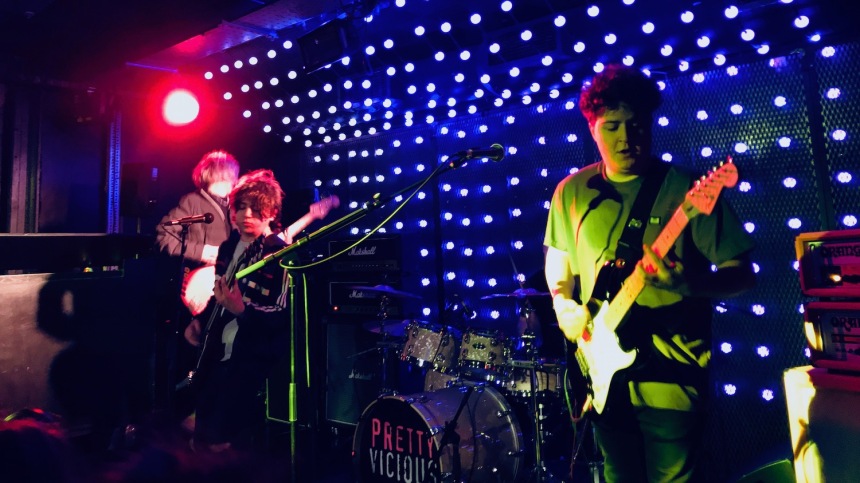 As we’re eagerly awaiting Pretty Vicious’ debut album, we went to check out their rescheduled show at Camden Assembly earlier this month. Having made huge waves with their debut EP and recently released singles, the band are in for a massive 2019.

The four-piece turned the North London venue into a boiling pot of punk rock goodness. Their sound is not only unlike anythign out there at the moment, it is also catchy, grungy and just so damn good. Bringing their confidence and swagger to the stage, you could easily think they’ve been doing this for decades. Kicking things off witht heir 2015 track Are You Ready For Me swiftly followed by the recently released These Four Walls as a taster for their upcoming debut full-length.

An enthusiastic crowd is singing their hearts out and moshing like there’s no tomorrow, turning the venue into a hot and sweaty box. Fiery guitar riffs and raspy vocals are what Pretty Vicious do best – and boy, do they do it well tonight. Playing their fan favourites National Plastics and Cave Song, the band turn up the dial on the moshing and crowd surfing.

Closing the set with recently released Are You Entertained is the perfect ending to a riff-heavy and frenzied show that highlighted just why every A&R guy in the country was going all in on the Welsh rockers.

It’s the punk energy and rock’n’roll confidence that makes Pretty Vicious truly stand out from the rest. And a room full of dedicated fans that hang at the band’s every word and every note just makes it that much more special.

On 1 June, Pretty Vicious will be returning to Camden for a set at Camden Rocks Festival and we promise you, you won’t want to miss these guys before they’re off playing arenas of this country.