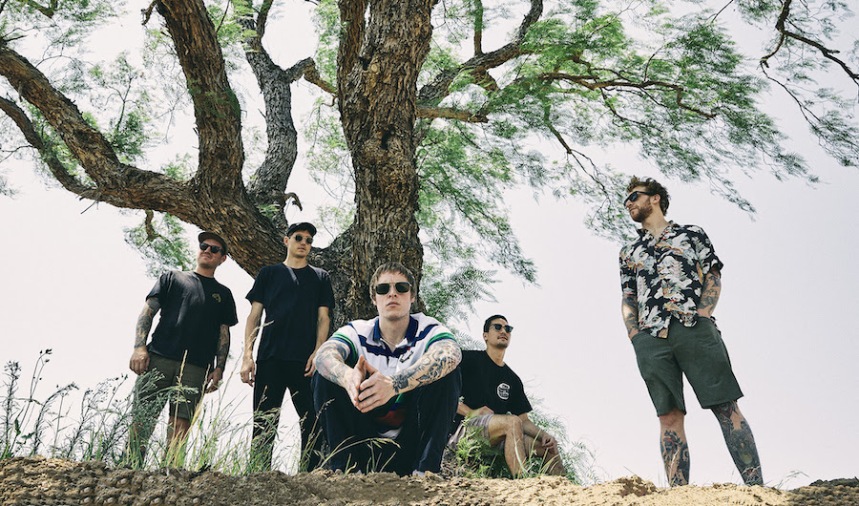 The single is taken off their stellar release Proper Dose, out now.

The Story So Far have partnered with Director Miguel Barbosa on a very special music video for their song Light Year. Featuring behind the scenes video from NASA’s Jet Propulsion Laboratory in Pasadena, CA, this video culminates with the awe-inspiring landing of the Insight Mars Lander. This is a unique partnership made possible through the NASA Social program, allowing more people to learn of the work that NASA is presently doing.

‘It’s part of NASA’s charter that we share our missions and projects with the widest possible audience. News media is great, but only reaches certain segments of the population. Through the NASA Social program, digital creators can apply to come behind the scenes, meet our scientists and engineers, and share their experience with audiences who might not otherwise see or care about the agency’s mission. Miguel stood out by pitching a music video to help tell the story of the InSight mission to Mars in a fresh and creative way’ shares NASA Digital and Social Media Supervisor, Stephanie L. Smith.

Light Year comes from the band’s recent Pure Noise Records release, Proper Dose. The album shows the band taking bold creative leaps, finally making the record that they’d always wanted to. ‘This one, all the way through, I just think it’s leaps and bounds ahead of anything we’ve ever done,’ says front man Parker Cannon on the album.

The Story So Far spent just as much time reworking the songs on Proper Dose as they did writing them. Aided by the mixing of Eric Valentine (Third Eye Blind, Queens Of The Stone Age), Proper Dose became a cohesive album by effectively uniting the band’s past with their present. Cannon’s voice remains anthemic, but his range has expanded along with the band’s sonic palette. Using a diverse set of reference points, the songs explore new directions, be it the Oasis-indebted Upside Down or the electronic-flecked Line.

At its core, Proper Dose is about finding balance between the person you were and the person you wish to be, and it shows the band working to bridge that gap. It’s a brave record, the kind that sees The Story So Far showing their fans just how far they’ve come and inviting them to go on the journey with them.