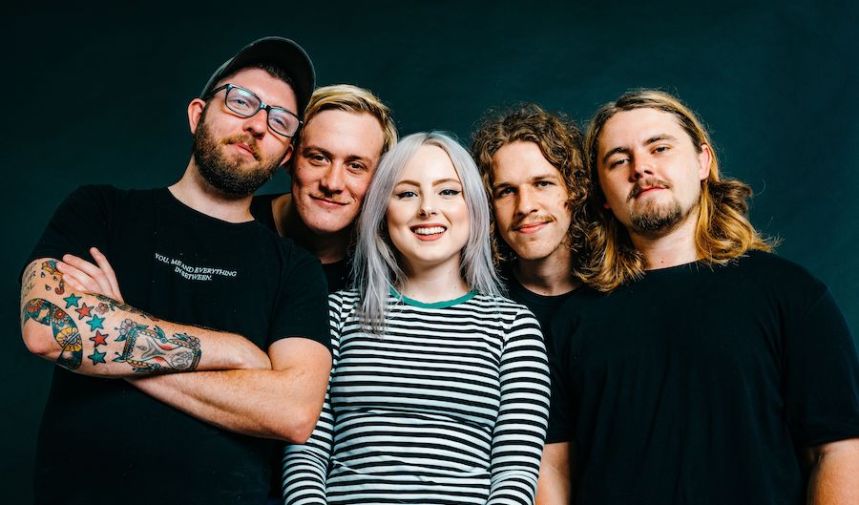 Listen to the band’s latest track off their upcoming debut album.

Eat Your Heart Out recently revealed that their debut album Florescence will be released via Fearless Records on 17 May. The track listing for the record has also now been announced, alongside the artwork for the album. On top of all that, the Australian band have released another new track from the record – Spinning.

Vocalist Caitlin Henry says Spinning “is about dealing with mood swings in someone close to you, and how their emotions can be unpredictable and leave you feeling dizzy from the rapid changes. You want to help them stabilise and get to a better place in their head but sometimes you just have to go along for the ride first.”

The track follows on from the album’s first single Carousel, for which the carnival-inspired music video was released just the other week. Much of Florescence addresses emotional quandaries and the growth that comes along with them. “I felt like I grew up a lot in the last year, in an emotional sense, and I learned how to deal with these kinds of experiences in new ways,” says Caitlin. The word ‘florescence’ refers to the act of flowering or blooming and directly relates back to the experiences that informed the record and Caitlin’s own personal journey.

Eat Your Heart Out meld aspects of grunge with emo energy, punk power, and pop prowess to create catchy yet meaningful songs with soaring, singalong choruses.