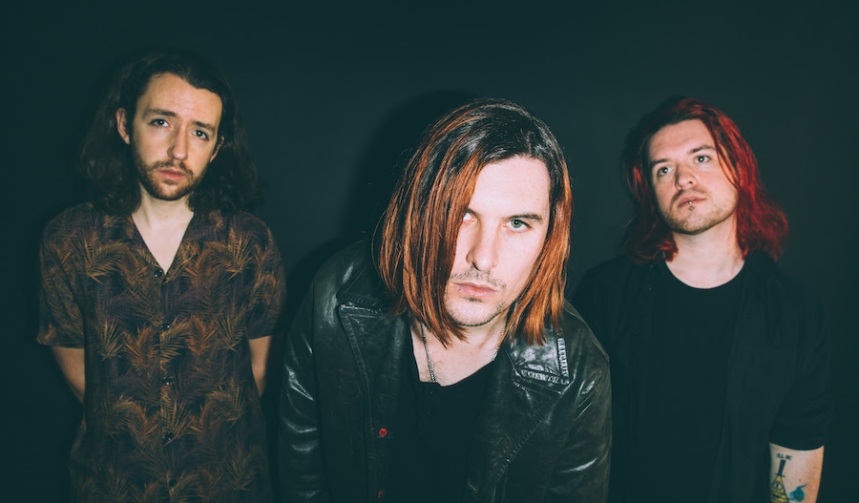 The Irish rockers bring you a fresh dose of epic rock’n’roll.

So much of the best art, the best music, is exorcism, primal scream, raw and brutal honesty. The act of gathering up all of your fear, paranoia, addiction, love and despair and hurling it into a microphone, ripping it out of a guitar. Coming out swinging as they return with brand new material, acclaimed Irish rockers, Fangclub bring you their brand new single Hesitations.

Frontman Steven King said: “Hesitations is the most ferocious song we’ve written to date. It’s a heavy hitter with a lot of massive riffs. Lyrically, songs are always open to interpretation but we will say this, the verses are an inner voice or a devil on the shoulder and the choruses are the volcanic eruptions from deep within. Heavy shit. We know. Can’t help it.”

The video, filmed in 12 hours with the band hardly leaving the confines of the glass box, takes inspiration from the Kintsugi art form, in particular the use of gold to represent something damaging. Gold is always seen as such a coveted thing and in this video represents wealth and success, or more, how we constantly worry about obtaining these ideals and living up to social expectations.

“Most of the time we were trapped in this mirror box with extremely hot lights beaming down. It was the worst case scenario for 3 Irish dudes with goth pale skin.” says Steven.

“The extras really stole the show. They were so awesome and fully into the vision. It was very intimidating having these “Gold Walkers” run and smash the screens in front of us! Our director Finn Keenan, is a master of his craft, so we were completely confident in what he was directing and creating. The video looks quite stunning and manic but Finn was able to capture 98% of it in camera. So what you see is exactly what we filmed using camera techniques and mirrors.”