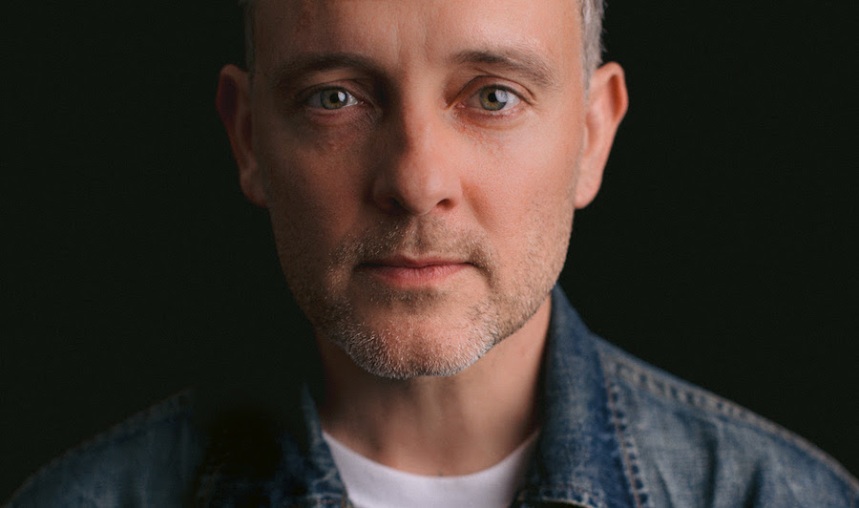 We caught up with Dave Hause about his new record, life with twins and touring.

Dave Hause’s new album Kick that will be released on 12 April through Rise Records and kicking was the very first thing he saw his recentlynewborn twins do, it’s also something he has been much throughout his life and career. With the latter spanning over two decades, his songs have always been a quest for personal survival – about pushing through against the odds. But some of his perspective shifted dramatically after the 2016 US elections.

Just after his headline show at London’s Scala last month, we talked to Dave about Kick, being a dad and life on the road.

Congratulations on the birth of your twins AND the release of the new record – what a year it’s been already! How are you doing?
I’m well, thank you! Sorry you were ill, the London show was really special. (Side note: I had a case of tonsilitis on the night of the show, so we did this interview via email, thanks again Dave!!)

What’s been like being away from the kids for the first time?
Very difficult, but thankfully the shows went really well and it was great to play the new record and have it so warmly received. My dad joined us for 10 days of the tour so that was really special, and Drew Thompson opened the tour and I love his songs, and my wife’s best friend Lindsay was out selling merch for us and she’s a total ray of light, so all of that made being away a little easier.

Let’s talk about your new record Kick – How have the new songs been received live?
Great. Not only have people been really positive about the songs, but they’ve also been receptive to us playing them differently from the record. We discovered some really cool alternate versions of Warpaint, Paradise and OMG on this tour and surprisingly, people were open to us playing them any way we wanted, which I think is kind of rare.

Have you discovered any favourites yet that you enjoy most playing on stage?
Paradise acoustic, Fireflies, Saboteurs in England and The Ditch in Germany and Bearing Down up in Glasgow all were highlights. I love playing Civil Lies and watching Tim sing lead.

Was the writing and recording process for Kick different to your previous records? If yes, how?
It was an expansion on the process we went with for Bury Me In Philly. On that record I brought a bunch of half or mostly finished songs to Tim and he helped me take them to the finish line, but on this record it was a full collaboration, which went really well. Having him writing on every song made the whole thing that much stronger and sturdier. The only problem now is, I built this thing on my own name, so we need to figure out how to deliver new work that was crafted as a team to the audience. It seems to be heading in more of an Avett Brothers direction in terms of it being a family duo with a band, rather than a solo guy with a band. We’ll see how that goes.

You talk a lot about mental health on the new album, was that something that was important for you?
Sure. It’s a major theme, especially in the last few years of living in America. It’s hard to stay in a healthy place when so much unhealthiness is swirling around on the news and on social media.

Bearing Down is our absolute favourite track on the album. It’s lyrically beautiful as it starts out quite dark but then shows that there’s a light at the end of the tunnel. Did you find it tough to write this song?
I found it tough to work on this song after it was written. During the mixing stage you have to listen to the material over and over, and that was difficult with this song as my kids had just been born and I was having to go back in to a really dark place. The writing of the song was cathartic, I was glad to be able to get that one finished in a way we felt good about. I’m glad you like it, last songs are always the least heard in this day and age of streaming, but they’re important parts for me in the record making process. It’s the final scene.

In songs like Saboteurs and Civil Lies, you seem to have experimented a bit with your sound – is this Tim’s influence we hear here?
Tim contributed to every song on the record. Civil Lies he wrote entirely and I just helped arrange. Saboteurs was a song I brought the bones of and we finished together. If you take a long view at my work, there are always left turns and deviations going on from pretty much Build & Burn (The Loved Ones’ 2nd record) on through now. I always am just chasing songs and trying to find the most compelling ways to deliver them. Tim’s aim is the same.

Besides talking about mental health, you also take on the political and societal issues on this record again. Warpaint for example paints this very dark picture of where we could be headed, especially with regards to women’s rights. Is that something that’s dear to your heart to speak about?
Over the long arc of history, we’ve seen what a man’s world has brought about and it isn’t pretty. That song came about when I was thinking of my sisters and their daughters, and Tim and took that idea and pulled on the thread.

And then there’s so much love on this record – it’s heart-warming really. That even in the darkest of doom days, it’s still that rebel, ride-or-die kind of love that pulls the listener through. Fireflies for example has this wonderful Springsteen-esque simplicity but yet sounds so big – so besides all the swooning, we’d like to know where you take your musical inspiration from?
Musically I try to approach things the same as I do lyrically, I try to keep an open ear to what’s out there. I have my bedrock of what inspired me in formative years, and those influences are obvious and have always shone through, but I am always looking for new song writers and sounds and ideas that inspire. Drew Thompson, Lori McKenna, Florence & The Machine, and Jenny Lewis have all been touchstones for me in the last year or so.

Speaking more about the tour – what’s your favourite part about touring the UK?
Nando’s! Nah, my main take away from UK is that it can be a perfect blend of the dedication and focussed listening we’ve come to find in Europe, in the Netherlands, Austria and Germany, mixed with that more wild American response of recklessness. When that combination clicks, as it did in London on this tour, it feels like there is no better place to play.

Are there any UK venues you particularly enjoy playing? Or would love to play at?
We were so stoked to play Scala, it was a significant step up for us; so to fill it and have such a memorable show there was terrific. I would love to headline KOKO, and I’d love to play Brixton Academy again. We’ve been lucky to play some of the best venues in the UK, big and small, so really now its just trying to grow our audience so we are able to headline in some of those legendary places we’ve gotten to support in,

And last but not least, we have to ask – what musical heroes of yours are you going to raise the twins on?
Oh we have already started to play lots of records for them around the house. They’ve heard a lot of Tom Petty, Neko Case, Aretha Franklin, Bruce Springsteen, The Ramones, Green Day, Taylor Swift, Patty Griffin, The Police, Jackson Browne, Stevie Wonder and Chuck Berry. It’ll be really fun to show them this wonderful world of music we have.