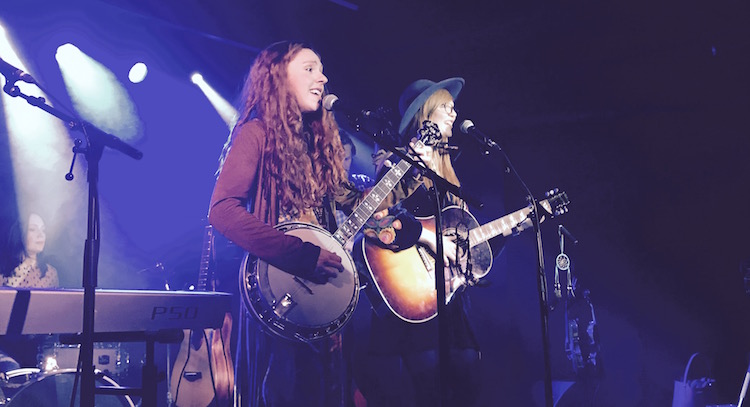 When London-based indie-folk duo Worry Dolls took over the Borderline it was smiles all around as with this much talent you can’t help but be happy.

It is thoroughly enjoyable to see how many young, new folk and country bands have come out of the UK in the last few years. Worry Dolls are no exception, actually they probably are – exceptional for their undeniable songwriting skills and ability to put on a show that will make you fall in love with them.

If you didn’t speak English and just listened to the music vocals you’d probably still be able to know exactly what their songs are about. Zoe Nicol and Rosie Jones sing us songs from their debut album Go Get Gone, which was recorded in Nashville and produced by Neilson Harrison. They quit their jobs and headed to Nashville to pursue their dreams of making music, and boy, what a good decision that was. 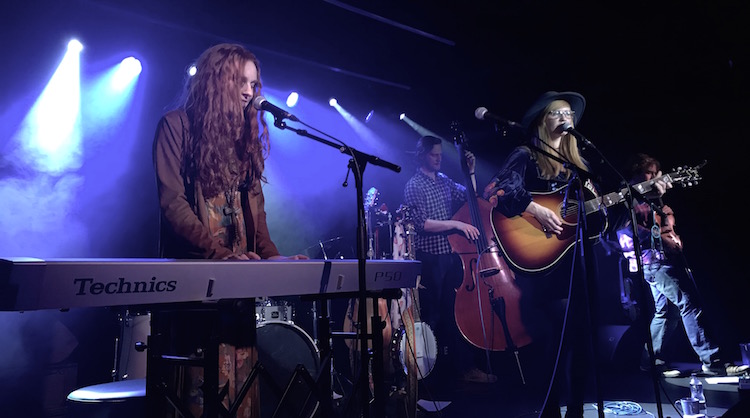 Things Always Work Out is a track they wrote about just that decision. On their travels to Nashville they, of course, also stopped by Dollywood and felt inspired to write Endless Road – an homage to all the wanderers and travellers.

The girls ooze happiness throughout the entire performance and even through the sadder songs, which only proves how genuinely excited they were to play this show. Bless Your Heart, a co-write with Wild Ponies and one of their first songs written while in Nashville and picking up local Southern slang. The phrase can be used to nicely point out someone is being an idiot, so it’s only fitting the track talks of advise to an ex’s new girlfriend.

With a few new tracks in the mix tonight as well, excitement for what else is to come for the two girls from London is real. Tonight is sure only a taster of where they are headed and we’re here for the ride.