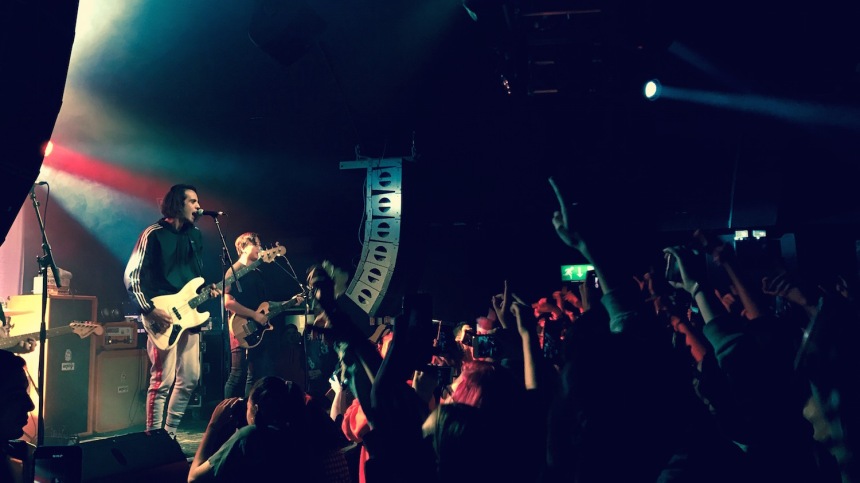 With support from Story Untold, this show was all kinds of fun.

On a Saturday night, what better way to party than with Canadian pop-punk outfit Story Untold and Aussie trio With Confidence?! The high-energy and fun-filled show was exactly what your pop-punk dreams are made of.

Story Untold kicked off the night with an infectious performance, winning them over all the hearts in the room on their first ever trip to the UK. Finishing off their set with a cover medley of the best pop-punk songs ever written including All Time Low and Blink-182, we sure cannot wait for them to come back to the UK soon. 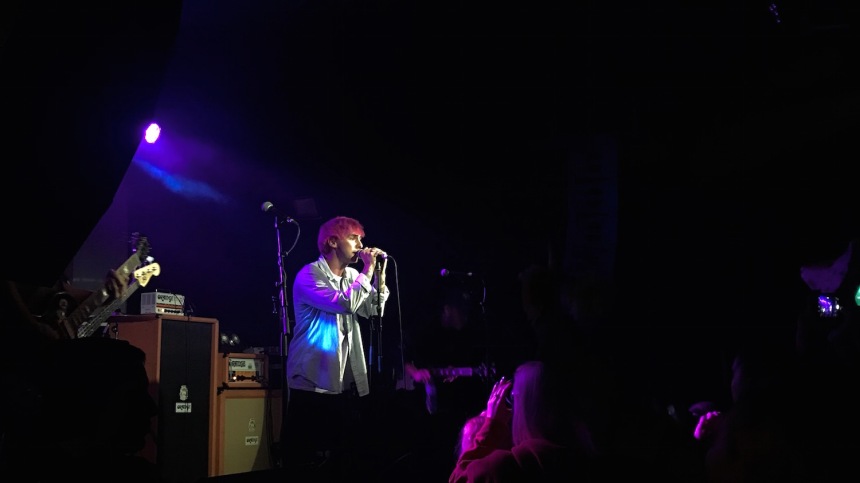 Let’s talk about that in-between-sets playlist though. Whoever chose it, deserves an award. The tie between Black Parade and I Write Sins Not Tragedies for loudest singalong ever was just one of the things that made the wait for the headline set a little bit shorter. Also, there is nothing quite like shouting your heart to Dear Maria, Count Me In.

With Confidence kicked their set off with the first track on their new record Love And Loathing. That Something is already the perfect album opener, and proves to be just as anthemic in a live setting. Giving off nothing but happy vibes, it sets the mood for the night.

As the band play through the songs off their new record, it becomes clear that what they have created is genuine pop-punk goodness. With hooks for days, With Confidence have the audience at their feet – crowd-surfing included.

Poor Inigo had a few problems with his voice but the London crowd was there to help him along on Dopamine.  For Long Night, Jayden delivered a heart-wrenching and stripped-back acoustic version that had us all sighing. “It’s a song about a really bad break-up” he explained. “The next song is about how the break-up gets better.” the singer elaborated as he kicked off the beautiful finger picking on Pâquerette (Without Me). When the bridge hits for this track, the rest of the band join him back on stage to add the rock back into pop-rock.

“Once upon a time we wrote a song about London,  it just feels right to play it in London. This song is also about a breakup.” Jayden introduced London Lights which was followed by their recent single, and one of the catchiest tracks on Love And Loathing – Moving Boxes.

Songs off their previous album and EPs also make an appearance and stand in harmony alongside the new material. Biggest crowd pleaser award on the night definitely went to: Godzilla, off of the band’s 2015 EP Distance.

“I will try to hold you up through those times when you’re gone. Despite the weather it gets better, you won’t do this alone.” With Confidence belt out in the chorus of Voldemort, the first track of their encore, and hit single off their debut album. Singer Jayden explains that the song is about mental illness and reassures the audience that it’s okay to not be okay.

It’s something we’ve seen a lot lately in the pop-punk scene, and it’s what makes it so special. The band ackowleding how young their audiences are and taking the time to talk to them and makign them feel understood, knowing that they may be the only ones in some teenagers live to do so. So without being experts in the field, or pretending to be just that, young pop-punk bands liek With Confidence are giving these kids a feeling of belonging and we’re here for that.

The band close the night with Arches, taken from their debut record Better Weather. They have proven that without a doubt, pop-punk is alive and well, and with all its facettes gives us some of the most fun gigs we’ve seen in a while.