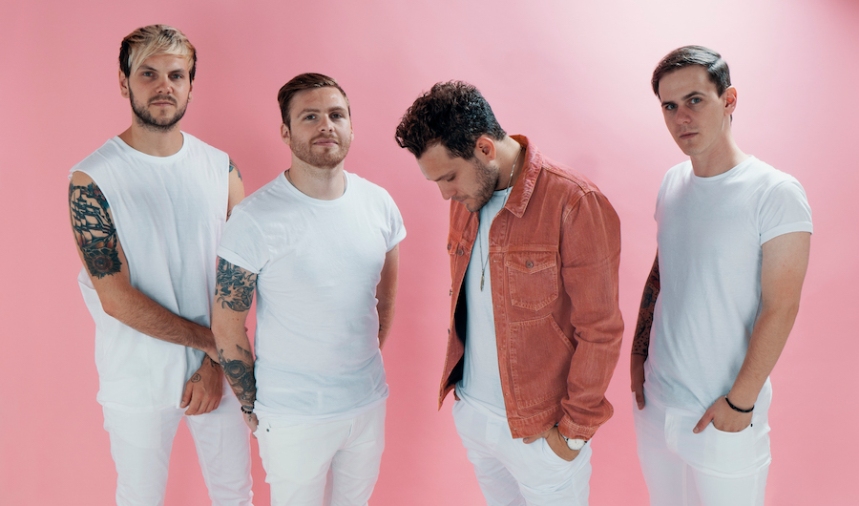 Listen to You Said off the band’s upcoming debut album now.

“Lyrically the song is led by the question of what love really is,” says vocalist Marvin McMahon. “It’s reminiscing about the previous sparkly days and somewhat stuck in a purgatory of not being able to move on.”

The Brighton-based band recently announced their debut album A Motion Paralysed, which will be released 18 January 2019 via Department Musik. The first single to be released from the record was Silence Means Nothing which features Liam Cormier of Cancer Bats and combines heavy rock riffs with a bold cinematic aesthetic.

Influenced by Classical music and film scores as much as by their heavier music peers and forefathers, River Becomes Ocean have embraced many styles of music with A Motion Paralysed, which kicks off with the movielike Brighton. The heaviness is there in tracks like This Hell Is Heaven Sent, but poppier soundscapes are also toyed with in the likes of You Said, Apart and The End. Happy and The Fall are River Becomes Ocean’s take on a power ballad.