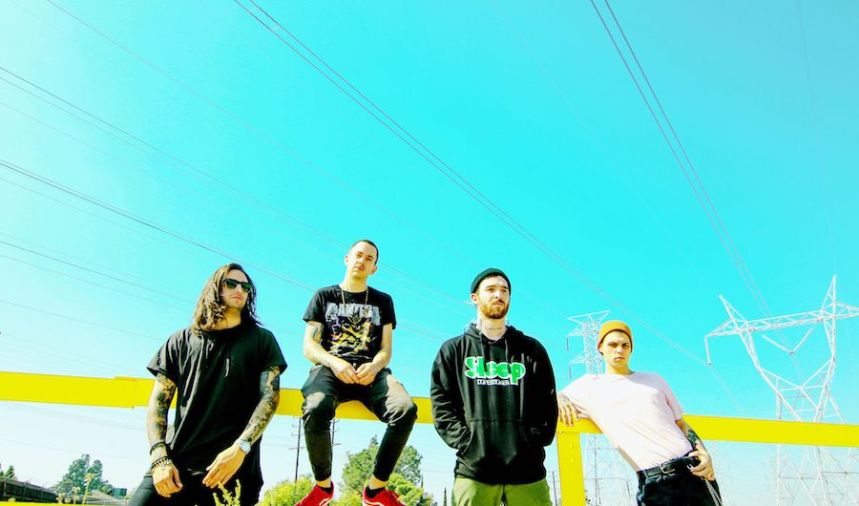 Kill The Sun is set for release early next year via Rise Records.

New Orleans four-piece Cane Hill will release a brand new record titled Kill the Sun via Rise Records on 18 January 2019. Listen to the title track, which is a brilliant and unexpected artistic left turn for the band.

“We spent the summer working on new Cane Hill music,” the band said. “We’ve embraced the weirder and mellower side of what we do as it’s something we think is important to our band. With that in mind, we’ve been in the studio with the incredibly talented Kris Crummett, working on music that embellishes those elements. It’s six songs of dark, twisted, and semi-acoustic beauty. We’re incredibly proud of it and can’t wait for you to hear it.”

The band continued, “We wanted to embrace some leftover emotions we’ve been dealing with since getting our shit together while exploring our own musical limitations. We made this semi-acoustic record because we needed to for ourselves — and because honestly, why the fuck not?”

Cane Hill singer Elijah Witt offered some deeper insight to the title track, saying, “We wanted our first single from this album to be as big of a curveball as possible. ‘Kill the Sun’ is as far of a departure from our usual ‘heavy metal anthem’ leadoff as we could get. Like, who knew Devin[Clark] could play the saxophone?! This track is about my constant self-sabotage; my tendency to find happiness and just as quickly finding a way to ruin it. There’s a very loud voice in my head that feeds me to the wolves I created, effectively killing any light in my life. And deep down, there’s a part of me that relishes in the misery.”

The band also recently released the digital live album Cane Hill: Live From The Bible Belt in September. The band shared two songs, Too Far Gone and Singing in the Swamp — ahead of the release. Both originally appear on the band’s latest album Too Far Gone.