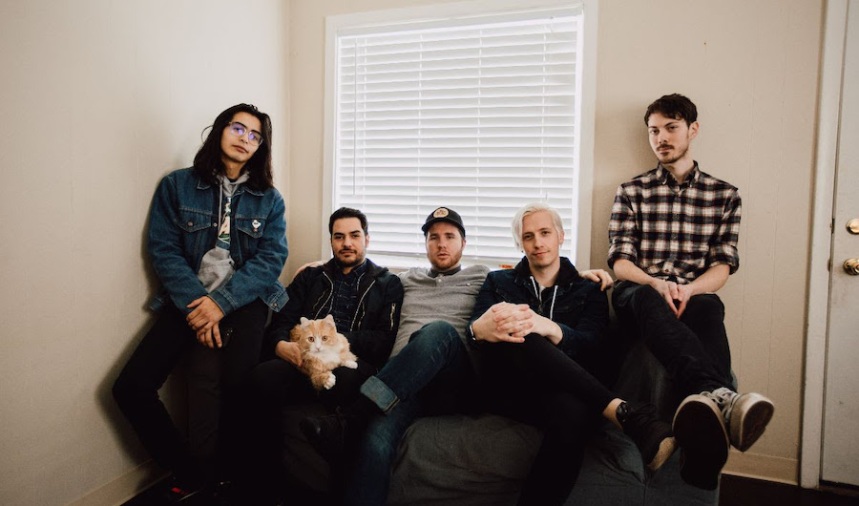 You Can Miss Something & Still Want It Back is out on 12 July.

Salt Lake City’s emo/rock band, Sunsleeper have shared details of their forthcoming album, You Can Miss Something & Not Want It Back due out 12 July via Rude Records. The album was produced/engineered by Nathan Hussey of All Get Out and centres around the theme of change with a tang of nostalgia. Throughout the writing of the record, the band drew from a 90’s indie influence to create a contemporary emo-rock vibe with a focus on structure and hooks.

You can now listen to their brand new single No Cure, a song about how lead vocalist, Jeffery Mudgett felt after one of his musical influences was outed for sexual misconduct. It is about how he was left completely shaken since the ambitions for Sunsleeper were influenced by this person and their band. The song is about him.

The single follows their recent release of Soften Up which is about internalizing feelings of disdain while presenting oneself as put together on the outside. Mudgett elaborates, “The video and song parallel each other. It describes how on the inside that is typically where the discomfort and anxiety lives, and while on the outside this is where we put up a front or a smile, like nothing is wrong.” This theme came at a time when change was evident in the lives of each member of the band. ‘Soften Up’ is the perfect depiction of what they were going through.

You Can Miss Something & Not Want It Back – Track listing:
Feel The Same
Soften Up
I Hope You’re Okay
Souvenir
No Cure
Fading
Casual Mistakes
You Can’t Please Everyone
Better Now
Home