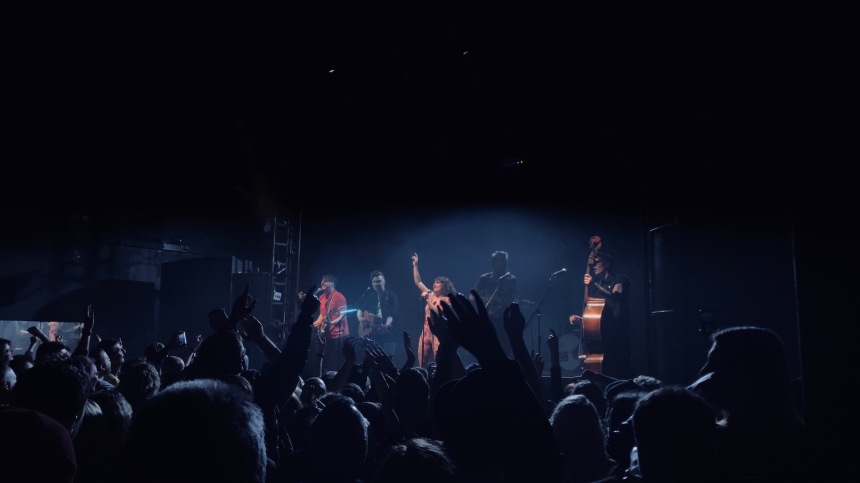 Skinny Lister party with the London crowd at their biggest ever headline show in Camden.

Having recently released their cracking new record The Story Is… Skinny Lister celebrated its arrival with a huge headline show at London’s Electric Ballroom. The sold out show had all the makings of a classic Skinny Lister show, various shenanigans included!

The band kick off their incredible set with 38 Minutes, the lead single off their latest release. And from the first chord until the last note it’s like someone flipped a switch and Skinny Lister are let out of their cage. As the band fly through tracks like My Distraction, If The Gaff Don’t Let Us Down and more, the crowd is loving every minute of it.

As with every Skinny Lister show, you can trust Lorna to be the life of the party – whether it’s the distribution of flaggons or crowd surfing with one leg in the air, or hanging off the stage structure at the end, that girl brings all the fun to whatever she’s doing. 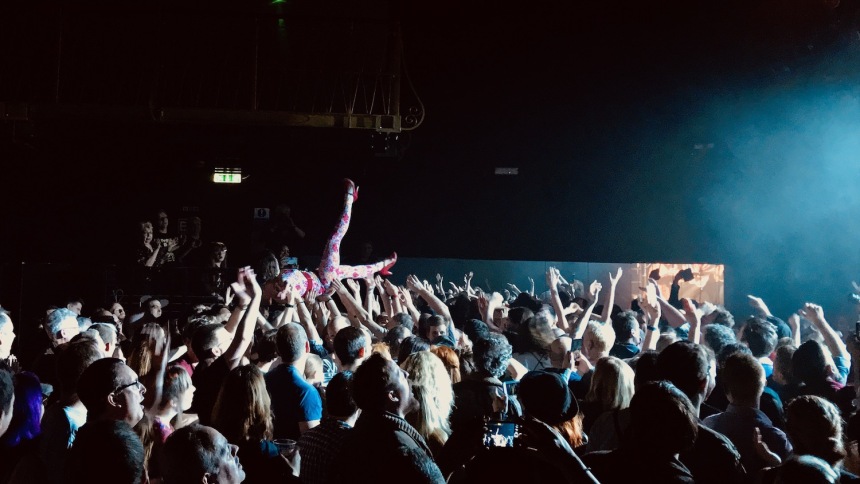 The shanty punks have every aim to blow the roof off of the Camden venue and they thoroughly succeed with fiery songs such as Forty Pound Wedding or the ones taking aim at the gun problem in the US with Second Amendment. All the while, the audience is shouting back every word, whether it’s a new tune or old favourite. But of course the golden classics like Bold As Brass and John Kanaka are what sends the crowd into a frenzy. 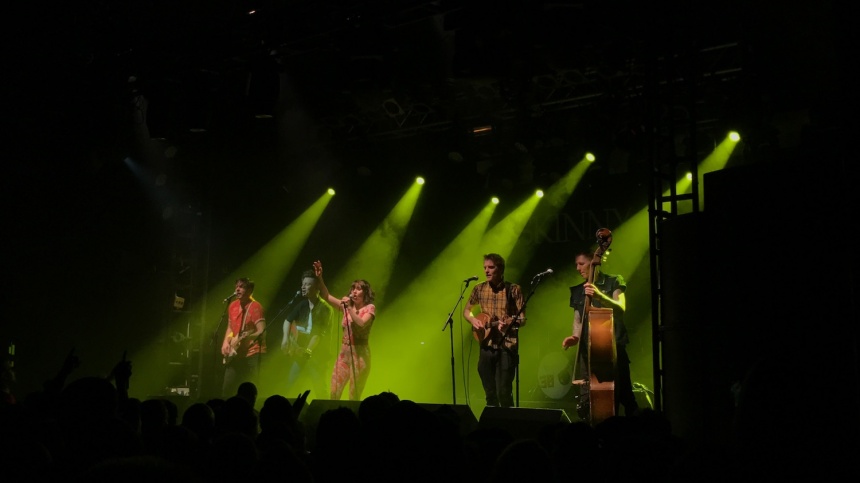 Skinny Lister don’t shy away from making political statements as we saw with Second Amendment, nd they continue speaking their minds with 2016’s Thing Like That, which the band says is about Brexit and the whole room echoes the message int he chorus with an enthusiastic sing-along.

Oh you’re trading fear, oh oh oh
I can’t believe my ears, oh oh
Tell them what they want to hear, oh
Why do you want to go and do a thing like that?

Before the band break for a quick encore they treat us to Trouble on Oxford Street with none other than fellow Xtra Mile Recordings label mate Frank Turner on the mandolin. 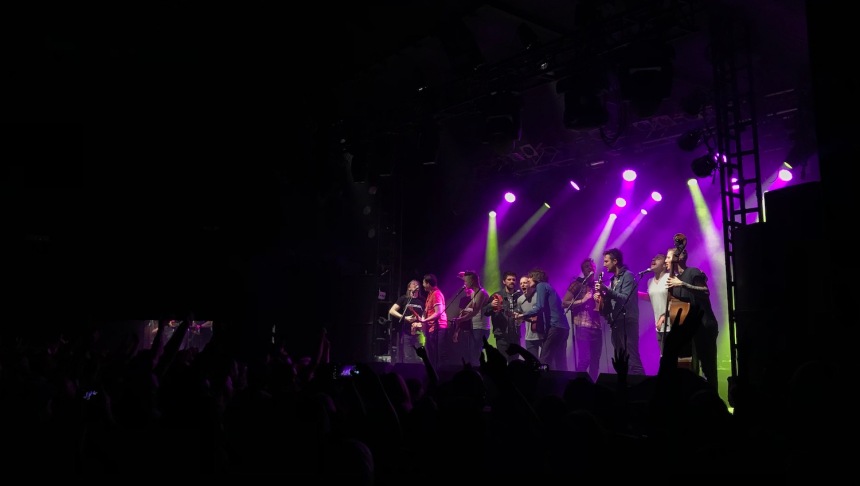 As the encore looms and the party is set to come to a close, we know that the ending of a Skinny Lister celebration is always the best part of the whole thing. And once again they prove us right. After a ferocious performance of Raise A Wreck and Hamburg Drunk, the band invite supports The Wood Burning Savages and Trapper Schoepp back on stage along with Frank Turner for Six Whiskies and a final hurrah before they send us off into the night with smiles on our faces from ear to ear.

In May Skinny Lister are headed off for a US tour before returning to Europe for shows in Ireland and festivals on the mainland.