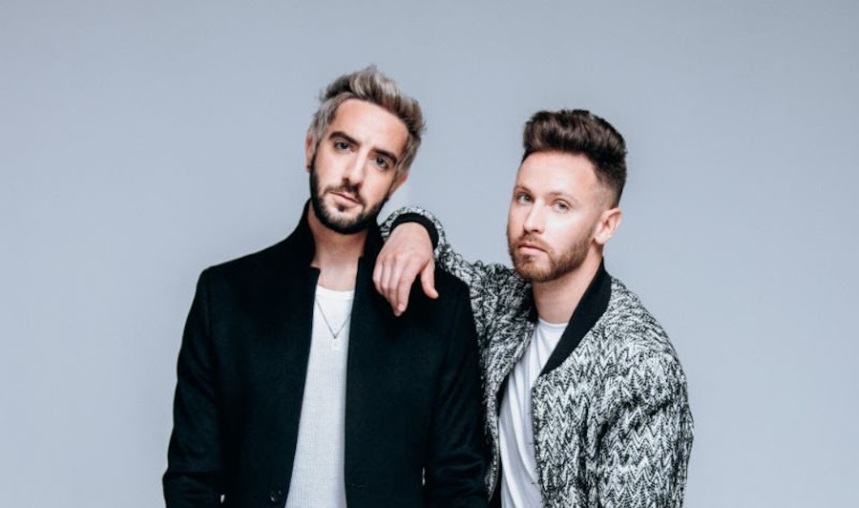 The band have signed to Parlophone (UK) and Fueled By Ramen (ROW) with their debut EP set for release later this year.

All Time Low guitarist Jack Barakat and singer/songwriter Kevin Fisher aka Sweet Talker have announced their new project WhoHurtYou. The duo have signed to Parlophone (UK) and Fueled By Ramen (ROW) and shared their debut single Wish We Never Met alongside an accompanying music video.

During the writing process for All Time Low’s chart-topping seventh album Last Young Renegade, Barakat befriended Kevin Fisher aka Sweet Talker [One Republic, 5 Seconds of Summer, Anitta], who co-wrote Life of the Party and Dark Side of Your Room. Finding themselves in similar emotional states in the fall of 2018, the two reunited in the studio with no agenda beyond self-expression. After two sessions, their musical union crystallised as WhoHurtYou.

“A lot of people think of me as All Time Low’s comic relief, but everyone has their ups and downs, and last year was really tough for me,” shares Barakat. “I handled my first big breakup in all of the wrong ways and ended up in therapy after some close friends encouraged me to seek help. Kevin had gone through a similar rough patch and shared with me that songwriting really helped him through it.”

“I was already on the other side of it, so I had a perspective to share. My experience in therapy taught me how powerful of a tool songwriting can be, so I invited Jack to come hang at the studio,” adds Fisher. “We want to send the message that therapy is something no one should be ashamed of. If these songs helped us so much, maybe they could help other people.”

The duo introduce WhoHurtYou with their infectious debut single Wish We Never Met. Directed by Jade Ehlers, the track’s music video sees Barakat and Fisher undergo treatment to have the women that have hurt them removed from painful memories. Wish We Never Met is the first song off the band’s forthcoming Stages EP, expected later this year. Each of the EP’s songs will examine a different stage of what the duo refer to as “breakup grief”.

Bonding over influences ranging from Robyn to Japanese House, WhoHurtYou unlocked an upbeat and undeniable style rooted in neon grooves, off-kilter guitars, and irresistible choruses. Dubbing it “dark pop,” candid lyrics unspool like a post-heartbreak commiseration convention between buddies. Teaming up with friend and producer Sean Myer [Ava Max, Bazzi, Maggie Lindemann], the recording process marked a series of firsts for the pair. After years of focusing on guitar, Jack wrote lyrics for the very first time. Meanwhile, Kevin not only wrote lyrics, but also stepped into the role of lead vocalist for the first time. Out of everything, Jack and Kevin minted a lifelong friendship and musical partnership.

😭😭😭😭 gigs 🥺🥺🥺🥺
This ol’ goodie 🖤 @arcticmonkeys at @royalalberthall in 2018
Plain facts 😭 #blink182 #blink182memes #concerts #poppunkmemes #poppunk
Is it summer yet? We really want to go to some gigs and festivals 🥺 This #throwback to @theamazons at @trnsmtfest hit us right in the feels 🖤
Happy birthday #chesterbennington 💔 We miss you every day and nothing will ever be the same.
One year ago: Last gig before Covid hit - @themenzingers at @o2forumktown 🖤
Loading Comments...
Comment
×
%d bloggers like this: